As we neared completion on the front part of the trailer, hubby said he never liked the shower; we had a 16" step up into our shower, since it was a tub/shower pan. So, out the door went the entire shower area and another area of renovation began! He has replaced the pan with a slim shower pan, so no more huge step into the shower.
Since he wanted a new shower, I approached hubby with replacing the old medicine chest, since it was hard to open and every time I opened it, pretty much everything in it fell out. So, using recovered materials from the project, and a piano hinge bought at the local hardware store, I now have a nice wooden medicine chest which is twice as deep as the old one.
As the bathroom nears completion, lots of details have been added! In addition to the new medicine chest, we have installed a "cheater" mirror, so we can see to shave and put on makeup. Also, we installed an oxygenics shower head and put in a shower caddy on the back wall. Another addition, which I found on another reno blog, was the rod across the back wall of the shower to hang a towel, while it dries.
Once the walls were complete, hubby was concerned [me, too!] about water running down the lip of the shower pan onto the floor. We looked at shower/tub guards, but none really were narrow enough for our use. So, in his own inimitable way, hubby made them out of plexiglass. He never ceases to amaze me! Also, we have ordered shower curtain clips to keep the curtain secure. We removed a good bit of 2 walls, so need to be sure the water does not escape.
Once the flooring goes down, the toilet will be set and the bathroom will be complete! 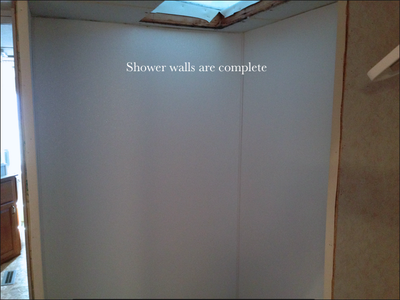 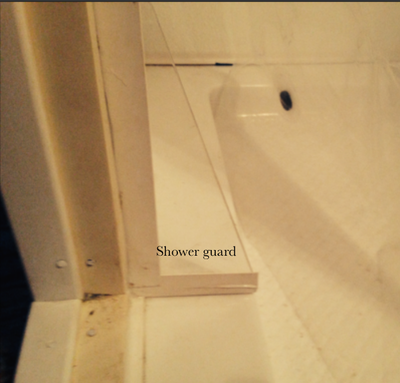 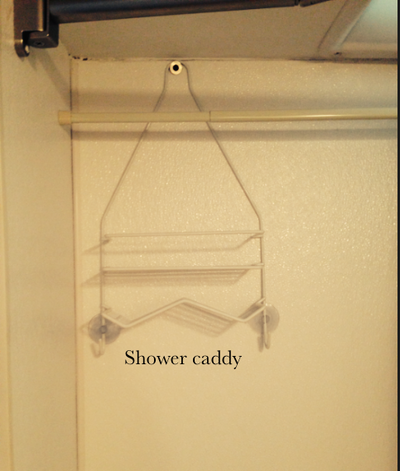 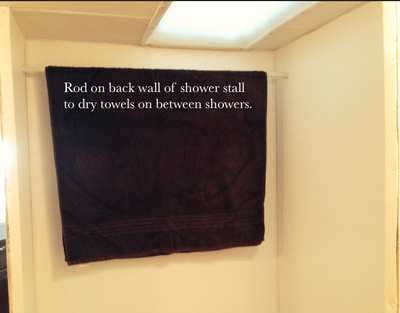 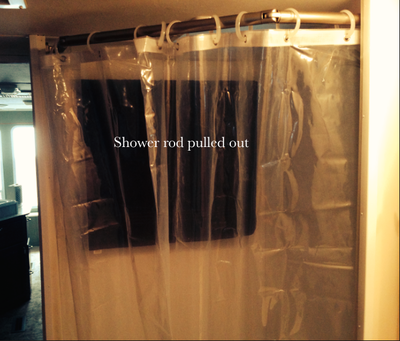 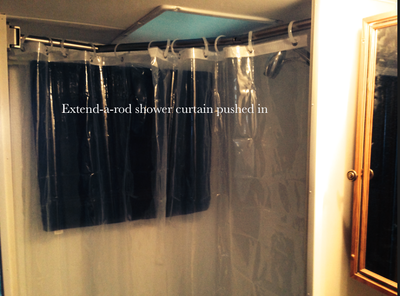 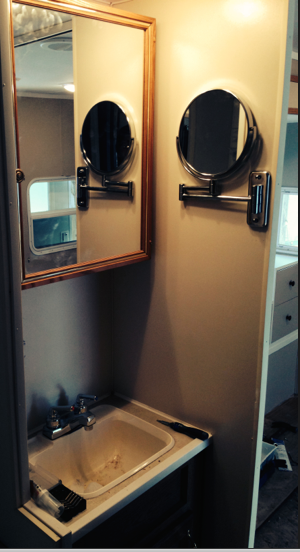 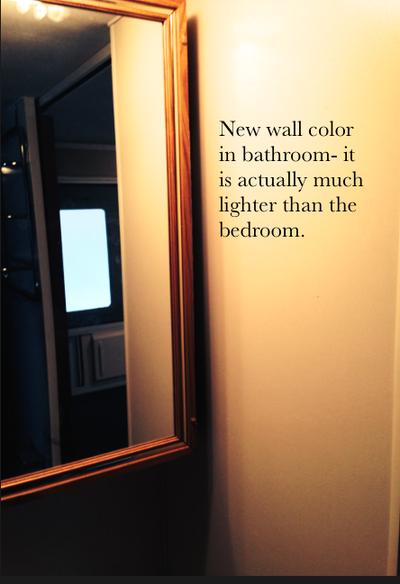